A joint venture between the High Peak & Hope Valley Community Rail Partnership, National Trust Lyme, Disley Parish Council and the Friends of Disley Station has seen three new, illustrated maps be installed at Disley Station.  The maps show walks and many places of interest, all easily accessible from Disley Station. 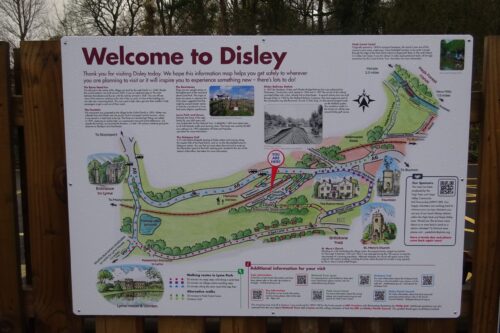 All change at Disley Station 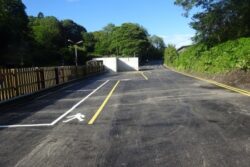 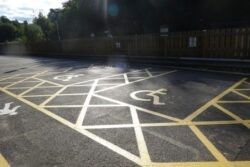 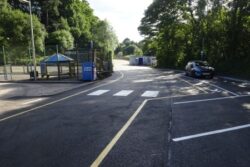 As can be seen the workers of Network Rail have been busy at work completely relaying the approach road to Disley Station. It was after many hours complaining that eventually the work has now been completed. The pot holes are gone, walk ways delineated and parking bays clearly marked. It’s a great job and completed within the timescale given. The graffiti has been painted over, but walls not repainted, a disgrace you say, but wait we at FODS are meeting the powers that be in mid-August to finalise the mural designs for the station, we are also awaiting the delivery and installation of new shelters on both platforms. We were down at the station today, the slope on the Buxton side has completely rewilded and although it was our intention to terrace and plant, maybe not, it is a haven for insects and small mammals now.

Future plans include secure bike racks for both platforms, weeding the station, painting the hand rails and maybe electric recharging points (but which type ?).

Everything has been and is still delayed by this dreadful virus, but we will get there, we are waiting approval for volunteer working parties to start again, a chance to work off those extra lockdown pounds (I am currently dieting to lose more than a few pounds).

So watch this space, volunteers will be wanted again in the near future hopefully.

(Thanks go to Jean Windsor for supplying the photos)

FODS is delighted to report that temporary repairs to fill the potholes at the top of Station Approach have now been undertaken.  Permanent repairs are due to be completed in Spring 2020. 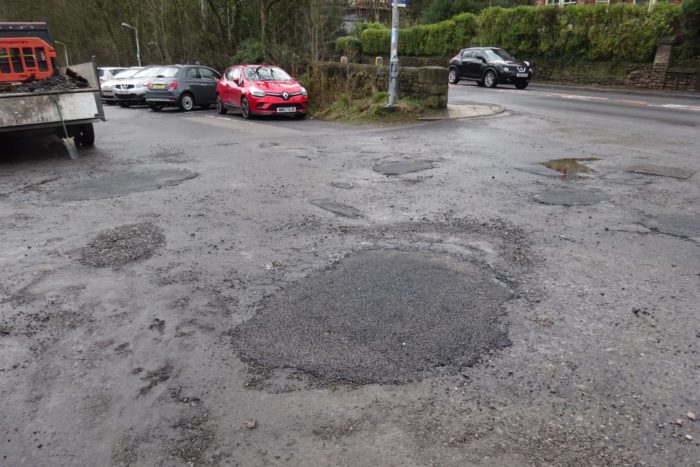 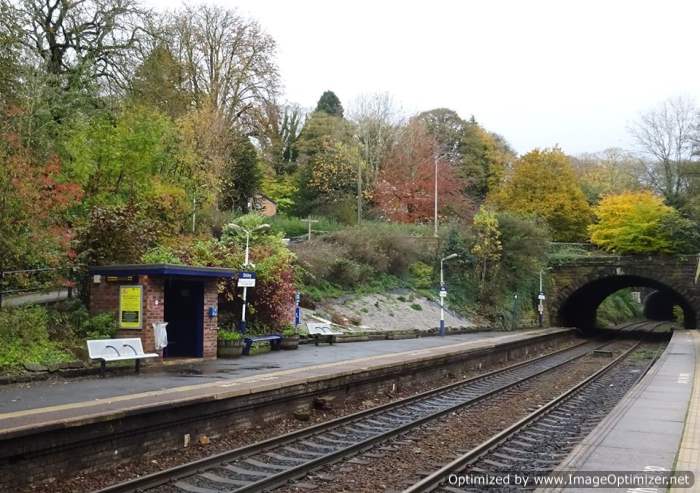 The Friends of Disley Station (FODS) was re-established in June 2019 from the core of the previous group. It is made up of residents of Disley and Newtown who want to make a positive difference to their community by improving Disley Train Station and its’ surrounding area.

Via workdays (first Monday of the month, 9:30am, weather permitting), members have been weeding the platforms, planting flowers in boxes, tidying up the approach road and cutting back the trees and bushes around the station and at the Gritstone Trail entrance. Hopefully, station users have noticed a positive difference.

FODS are developing plans to paint inside the shelters and on the fences, to make the platforms more attractive and, with Disley History Society, are developing plans to show the history of the station. The group worked with the National Trust this year to encourage their Heritage Open Day and this is being reciprocated with Lyme helping with planting and signage.  A major project for 2020 will be to improve the sloped area on the Buxton platform.

FODS have campaigned in the past for more trains (now approx. 2 per hour), painting the station buildings, replacing the fencing, cleaning the platforms on a regular basis, more display boards and new shelters. The last two of these items are due soon.

The group are working strenuously to get the streetlights fixed and upgraded and are similarly trying to get the large potholes on the approach road repaired.

The Friends group is made up of people who want to get their hands dirty, deal with some of the admin or want to take part in our other activities.  For example, 2020 is the 75th anniversary of VE day, and FODS will be working in partnership with Disley Parish Council, the National Trust at Lyme and Disley Local History Society for local celebrations of peace.  Hopefully, this will help to tell the history of the war years, the channel island evacuees to Disley, Italian prisoners of war, our service men and women and life on the home front in the village.

The Constitution of the Friends of Disley Station is available to download at: FODS Constitution

FODS volunteers put in as much time as they can spare, and everyone is welcome.  If you are interested in finding out more, please contact FODS Chair, Steve Birchall at: FODSDisley@gmail.com or visit the Facebook page at: Friends of Disley Station.