A message from Disley Footpaths Society during Covid-19

The lovely sunny spring weather has made Disley’s many footpaths a wonderful resource during these difficult times.
Many of them are much busier than is usual so early in the summer.  And it’s great that people are valuing having well maintained paths to choose from for their allowable daily walks.

The Disley Footpaths Society works closely with Cheshire East Council to maintain our village paths; also with the Canal & River Trust to maintain the canal towpath. During the lockdown, Steve Brown, the Society’s footpath maintenance coordinator has, within lockdown rules of course, been carrying out minor maintenance and also surveying and planning more extensive works for when the lockdown is raised.

Disley’s footpaths are some of the best maintained in the County and this is mostly due to the Society’s volunteers. If you would like to help with maintenance work on our paths, including the towpath, when lockdown is over – or indeed to join the Society – please email our chair, Tony Jackson, at arjackson04@gmail.com, and we will let you know about the Society’s various activities, such as talks and organised walks, and about our next post-lockdown workday, at which you will be made very welcome. 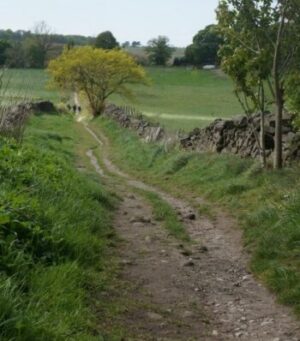 Objectives of the Society 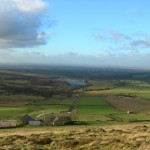 History of the Society

The Society, established in 1999, and can look back with pride at a number of achievements since then:

The overall result is that Disley has some of the best signposted and maintained footpaths in Cheshire. Additionally, we offer an organised walks programme each year and arrange general meetings twice a year with guest speakers.

The Disley Footpaths Society Walks Programme for 2022 will be announced in the Spring and details will be posted on this webpage and local noticeboards.

“Walkers are Welcome” in Disley

Disley’s bid in 2015 to become a full member of this UK-wide national accreditation scheme was successful and accreditation has been renewed annually since then.  Disley’s accreditation is recognition of the variety of well-signposted, well-maintained walks in and around Disley and of the breathtaking views they afford. And it enables Disley to be part of a wider campaign to secure better facilities for walkers, the continued maintenance of our public footpaths, the development of way-marked trails and better access to the village by public transport. More information can be found at the: Walkers are Welcome Webpage.

Annual update on paths in the parish – Janaury 2021

Each year, East Cheshire Ramblers undertakes an independent inspection of footpaths across much of Cheshire East. The report on Disley and Newtown paths for 2020 was again very positive, with most paths given an ‘A’ ranking: “one of the best results for any parish across Cheshire East.” Only one path, FP17, was ranked ‘D’ – due to the dangerous state of a footbridge. However, since the inspection in late summer, the Network Management Officer for the Disley area successfully raised funding to replace the footbridge, which was completed in Sept 2020.

Over the next few months, work will take place to improve the surface of public footpath 28 (Green Lane). This will start from where the previous surface improvements ended and will head north towards the footpath’s junction with Bridleway 31 (Long Lane).  Surface improvements will also take place on the middle section of Bridleway 31. This section is prone to flooding and the Cheshire East is seeking to carry out groundworks to improve the levels of the path and allow the water to drain more easily. Finally, the surface of bridleway 34, which was damaged by flooding in 2019, will be repaired; repairs will also be carried out on the sleeper bridge. Following recent reports of walkers getting lost, footpath signage is due to be improved around the High Peak School site.

The Disley Footpaths Society continues to work closely with the PROW team and with the Canal & River Trust to improve paths and access to the countryside in Disley and Newtown. New members are always welcome – further details can be found above.

Our thanks to East Cheshire Ramblers – for further information about their work and walking programme, see the Ramblers Cheshire East website and also to the PROW team at Cheshire East, in particular Nicola Swinnerton, the Network Management & Enforcement Officer for our area.