Disley Video available to view
showing what a great place
Disley & Newtown is to
live, work and visit 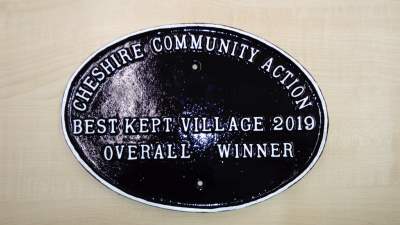 Disley Parish Council is delighted to announce that Disley & Newtown has been awarded the prestigious Championship Award in the Cheshire Best Kept Village Competition 2019.  This is a huge scoop for the village and is fantastic recognition for all the hard work that been put into the village’s appearance over the past 12 months.

As well as the main prize, the village also took home a Little Gem Award for the Memorial Park on the A6 and won the individual prize in the Best Kept Village (Population 2,501 -5,000) category.

These awards represent a superb community effort and thanks go to PRIDE, the Friends of Disley Station, Disley Parish Council officers, Disley WI, St. Mary’s Church and the many individual residents who have contributed and helped to improve the environment around the village.

Our emails and answerphone continue to be regularly monitored.