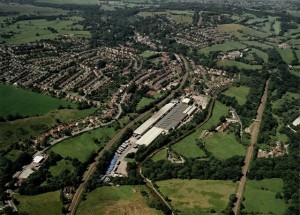 Disley and Newtown lie in the north east corner of Cheshire, between the Cheshire Plains and the lower slopes of the Pennines and the Peak District.

The main river of the district is the River Goyt, which rises in the Peak District near Buxton and eventually joins with the River Etherow to form the River Mersey. Looking out across the Goyt Valley, to the south east, is the Kinder Plateau and to the west on a clear day, across the Cheshire Plains it is possible to view the Welsh Mountains. Rivington Pike in Lancashire can be seen looking to the north and in the south east, from Lyme Park, it is possible to make out Alderley Edge. 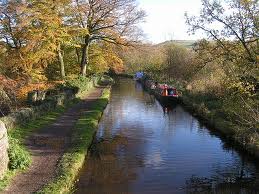 The Peak Forest Canal is one of Britain’s most scenic waterways, running through magnificent landscape to the edge of the Peak District. For much of its length, the canal runs alongside the pretty River Goyt. Both the canal and the river are havens for plants and wildlife. The nature reserve of Goytside Meadows is home to a stunning variety of wild flowers.The Peak Forest Canal boasts two Scheduled Ancient Monuments in its 15-mile length – the grand, three-arch Marple Aqueduct and the historic Bugsworth Basin. Bugsworth Basin is the end of the canal, where it once connected with a horse-drawn tramway that carried gritstone, limestone and burnt lime to be loaded at Bugsworth for onward carriage to Manchester, the North West and Midlands. 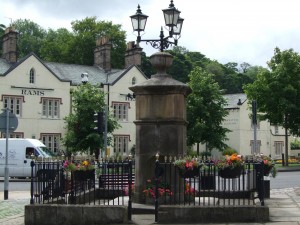 Disley is well served by public transport. In addition to the railway services to Manchester and Buxton, a bus service links the village not only with Buxton, Derby, Nottingham, Stockport and Manchester, but also with Manchester International Airport. Many residents commute into the surrounding towns to work. The location of Disley means that it is within easy reach of the Peak District as well as the national motorway network. Within the village itself, there are a number of small businesses, offices for professional firms, restaurants and shops. For those who enjoy walking, there are many pleasant walks in Lyme Park itself, along the Goyt Valley or in the foothills of the Pennines. A map of the footpaths and suggested walks has been published and is available from the Parish Council Office. A number of walks are also available on the Walks in Disley pages of this website. 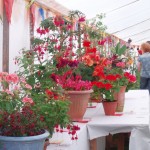 Disley’s gardeners complain about the weather yet each year they show what can be achieved with their magnificent displays at the annual Disley Horticultural Society show, which is held in a large marquee at Disley Amalgamated Club.Throughout the year, Disley’s gardens, hanging baskets and window boxes are a colourful reminder of their handiwork and others in the village who are interested in gardening.
There are regular meetings of societies and clubs in the village every week. On Saturdays, coffee mornings are held in the Community Centre, organised by the various groups and societies. On the last Friday of each month a Long Table Lunch is held in St. Mary’s Schoolrooms. 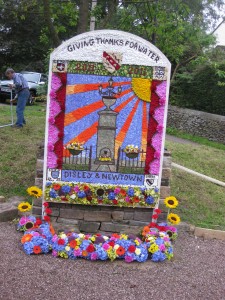 Although this ancient custom for the blessing of water is almost unique to Derbyshire villages, Disley launched its inaugural well dressing in June 2011. The idea began when an area of land near St.Mary’s Church was cleared by the PRIDE (People Restoring and Improving Disley’s Environment) group to make a Woodland Memorial Garden. During this work an ancient spring was found which used to supply drinking water to the Fountain in the village centre . The well was restored and then a well dressing on this site was suggested. The event, which was organised by a group of volunteers working with PRIDE, was a huge success and will now be held annually in June.